Hard and Compassionate approaches to inter-community and personal improvement 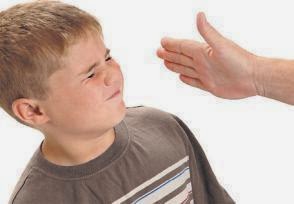 Harsh talk is sometimes needed. Yet, compassionate talk can achieve more in many situations. It creates the safety and space to calmly struggle for improvement if there is the will to improve.

I write these lines on the morning before Rosh Hashanah, the Jewish New Year. This morning we had media reports about two police officers stabbed by a “known terror suspect” who was then then killed. The temperature is rising, the infamous image and threats of beheadings have enraged and scared people. Bigots feel emboldened: the daughter of a Muslim woman I worked with, was spat on. Yesterday, I spent hours on the phone with communal leaders, discussing efforts to calm tensions and reservations about these efforts. An important question, relating both to intergroup relations in Australia and my worship on this holy day, is whether to approach issues with harsh or gentle talk.

Muslim display of Love for Australia
The other Sunday I attended the “Muslims Love Australia BBQ”. I was very warmly welcomed by many of the guests. There was a festive atmosphere. Muslim men and women wore white “Proud Australian” t-shirts. I danced with my friend, an Arabic Muslim school principal, and other men in a circle to Arabic music. At one point I noticed that some of my steps might have been better suited to a Jewish wedding than an Arabic context, but no one seemed to mind!

Australian Love for Muslims
This display of love was partly in response to harsh (implicit) questioning of the loyalty of Muslims by politicians and present, to a significant extent, in the media and the larger community. It was also prompted by a gesture of solidarity that I organised at the Lakemba Mosque in Sydney in collaboration with Pastor Brad Chilcott around a message: “Australian religious leaders say “We will love Muslims 100 years”, countering a newspaper headline that stated “We will fight Islam for 100 years”.

Not happy with the love
Not everyone was happy with the events. There were the suggestions from some critics within the Muslim community that the participants were ”sell outs”, trying too hard to impress the media and non-Muslim Australians rather than representing their own angry youth and their grievances about Australian foreign policy and about being stigmatised by questions about their loyalty.

“The Love 100 years” gesture was both welcomed by some (1) and attacked by others as being the work of ‘Useful Idiots’ (2). One argument is that Muslims need to ‘be persuaded  collectively to tackle extremism and ensure community-wide goodwill toward “the west”’. (Absent from this assertion is the question of how responsive fanatics are to influence? Assuming that the answer is that these radicals are not very open to influence, it begs the question: how can leaders be held responsible for people who refuse to follow?). More relevant is the need for outreach to “disaffected youth” and fostering positive interfaith relations. Another factor is the insinuation by some Muslims and their supporters that anyone who is feeling afraid or angry is guilty of bigotry. While there has been much  generalising and prejudice against Muslims, labelling all expressions of fear or anger as bigotry is not fair or helpful. This is a complex and painful situation with fear and resentment flowing in both directions. There is a reasonable desire on the part of both non-Muslim and Muslim Australians for reassurance. One legitimate response is a robust and honest discussion.

Better through beating?
Assertiveness and even threats, have their place: so does a compassionate posture. I explore this broader question from a personal and spiritual perspective. “Beat the horses until they will know they are horses”, goes the old Hasidic saying.  It would appear that harshness or self- flagellation is a useful method to advance personal improvement. Indeed, the Torah threatens divine smoking rage and obliteration for the cavalier person, who thinks it ok to indulge his sinful desires (3).  I have tried harsh self-criticism and guilt as a means of self-improvement. It worked for me to some extent some of the time, I think at a basic level to deter me from being my worst. However, when I have overused guilt or fear, I found it can be quite destructive.

Acceptance combined with Spiritual restlessness and striving
I propose a different approach. I need to be honest about my short-comings. I need honest criticism from others and myself to recognise what my flaws are. At the same time, I also need to accept myself as the imperfect, flawed but still worthwhile, precious human being that I am.  There is wisdom in the Buddhists’ showed calling for acceptance as a way for joy. Tanya, the classic Chasidic text that guides people in fulfilling the biblical idea that we can easily serve God with our emotions (4), urges us to manage our expectations of ourselves. Beating ourselves up about not achieving unrealistic goals, will only make us depressed; this decreases our motivation to make the changes and choices that ARE realistic for us because we have fallen into despair. Instead, we need to combine our dissatisfaction with our current level of spiritual achievement with an element of self-acceptance and compassion if we are to joyously strive to improve ourselves.

I find the sequence of events in the Torah instructive. It is only after the reconciliation between the straying Israelites (5) and God that real growth is possible. God’s mercy and bringing back the exiles is followed by the “circumcision of the hearts (6)”, which is interpreted as developing the capacity to serve out of love instead of fear (7). Meaningful growth is more likely to be the result of compassion than threats.

The organisers of the BBQ were right to make a statement of love to their fellow Australians, regardless of any reservations or grievances some Muslims might have. I think we were right to stand in solidarity with our Muslim neighbours when they were subjected to a barrage of hostility.  Does my compassionate stance mean that I think that all Australian Muslims, a diverse and dispersed community, have had enough success in integrating into Australia or countering extremism? No, it doesn’t. I share the concern of many Muslims I know, about the hostility felt by some young Australian Muslims towards people of other backgrounds.. I also share their concern about the bigotry and abuse faced by Muslims. There is a legitimate role for robust discussion and airing of grievances. Equally, there is a role for support and compassion. The really positive change will result more from the latter than the former.

1) The gesture was warmly welcomed by Muslims who were moved to create a website with the following response - http://www.lovefor100yearsresponse.com/ It was covered in the general media, such as Channel 7, http://youtu.be/KClv9YNeM8M, Channel 10 News:  http://youtu.be/JEbdZggQ7lA and the Australian: http://www.theaustralian.com.au/news/latest-news/religious-heads-show-muslim-support/story-fn3dxiwe-1227033604150. Also, specific Muslims sites, such as http://www.amust.com.au/2014/09/interfaith-support-by-religious-leaders-well-love-muslims-100-years/ .
Muslim Village: http://muslimvillage.com/2014/08/24/57197/australia-christian-and-jewish-leaders-rally-in-support-of-muslims/
2) http://www.frontpagemag.com/2014/dgreenfield/well-love-muslims-100-years-say-hamas-useful-idiots/  This website attacks Together for Humanity and our President, Madenia Abdurahman, as well as Pastor Brad Chillcott and me. The website generally seems quite one-sided regarding all matters relating to Muslims or Blacks. See review of this article. http://www.biblesociety.org.au/news/media-watch-will-really-love-muslims-100-years
3) Deuteronomy 29:18-19
4) Tanya by Rabbi Shneur Zalman of Liadi, Chapter 27
5) Deuteronomy 30:1-5
6) Deuteronomy 30:6
7) Klei Yakar
Posted by Zalman Kastel at 3:16 PM 1 comment: