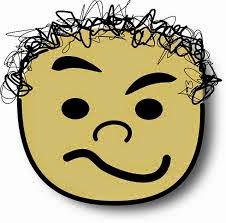 The other night I celebrated by 45th birthday with a variation of the Chasidic “Farbrengen”. Typically, this involves a group of Jewish Hasidic men, telling stories, drinking vodka, singing songs and discussing personal growth and other spiritual themes.  We had a gathering of Jewish men, but also a Muslim cleric, and a Christian minister. We had Vodka in another room not to compromise the sheikh but still honour my tradition. Another difference was that typically one is expected to make resolutions about doing more, I chose not to.  While I sometimes find some value in ‘managing myself’, at other times the inner manager can become oppressive, leading me not to trust myself to make good choices and to feeling anxious about reasonable risks.  This is an exploration of the merits and process of breaking free and the Torah reading Beshalach.

The story of the Exodus from Egypt is understood in Chasidic teaching as relating to personal growth in overcoming moral or personal limitations. I have an inner Pharaoh who echoes his literal historical counterpart. When Moses suggested some time away from the grind for the Hebrews to go out in to the wilderness to worship and celebrate, Pharaoh became suspicious. He interpreted this request as evidence of laziness (1), instead of giving them a break he demands more productivity while also providing less resources.  The increased demands lead to cries of desperation by representatives of the overwhelmed slaves. Pharaoh responded with urgency and anger (2), “you are slackers, slackers (3)!  My own Pharaoh worries about me not being productive enough when I take time out for myself or my soul. In recognising this pattern I feel a bit freer, because “knowing the illness is half a remedy”(4).

One important principle that I learned is that while change takes time, changing direction can be quite quick and an important part of the process. This played out with the Hebrews after having been removed from Egypt by external factors God was concerned about them falling back into old patterns and ‘return to Egypt’ (5). The people here are referred to as “the nation” rather than their distinctive name of Benei Yisrael - the Israelites who are descendants of Jacob who was renamed “Israel” to reflect his being a champion with God and men. They were seen as not deserving this title at this time because their faith was incomplete. If they were to attempt to go straight to the Promised Land at this point they would have crumbled at the first challenge (6).

God set the former slaves a challenge and a means to grow. They would go to the Promised Land the long way, by way of a detour into the wilderness. There they would need to develop the quality of being satisfied with very little. They would get Manna every day but only for that day, if they hoarded even a bit extra as some people inevitably did, it stank and was infested with worms (7).   On this journey they would encounter their old enemies, the Egyptians at the sea, which would split miraculously allowing the Hebrews to cross while their ‘old problems’ drowned. In this way their faith would be strengthened. Remarkably, the Torah does not wait for the whole drama to play out before celebrating the change. The moment that “the people” signed up for this journey into the uncertainty of the desert, “a land that has not been planted”, their name was immediately changed to Benei Yisrael/the Israelites (8).  They had turned away from the pharaoh of certainty and control to the uncertainty of trust.

As the work of 2015 begins, I have turned toward working in a more trusting, less anxious way. I don’t know how it will all come together but I don’t need my inner Pharaoh looking over my shoulder. I am not lazy. I am on to it. With the help of God and some good people, we will achieve important progress toward the goal of coexistence. 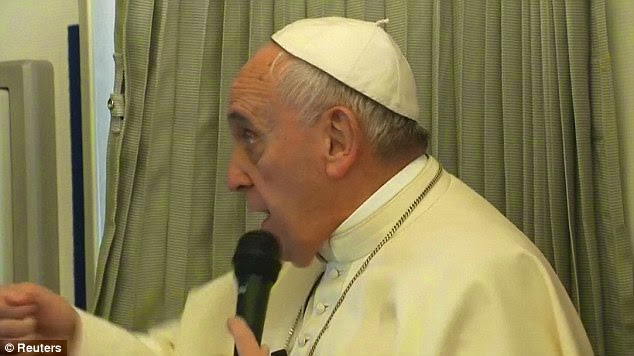 At times like this, murder casts a long shadow over any discussion about the mockery of religious symbols. Before I comment on mockery, I cry out emphatically: all life is sacred! Murder is evil! This is true, regardless of the motives or the identity of the victims, be they people who drew cartoons, a Muslim policeman protecting the cartoonists, Jewish shoppers, Nigerians, Assyrians in Iraq or Syrians. Closer to home, I am outraged by the domestic violence murder of Leila Alavi by her ex-husband. Enough! Enough! It is disappointing to me that some of these murders have failed to galvanize the world or communities while the free speech of the cartoonists is front and centre. Clearly, the issue of free speech relates to broader questions about extremist interpretations of Islam and, more broadly and problematically, to Muslim and non-Muslim relations in general.

As a bridge- builder and a student of the Torah, I think it is worth exploring the issue of mockery.  I am in two minds about this issue and it seems that traditional teachings are as well. The bottom line for me is that we need to uphold freedom of expression as well as peace and interfaith respect. I don’t know where to draw the lines and I don’t have the answer, but I see value in exploring the question.

The case for mockery:
Abraham is a hero to Jews (1) and Muslims (2) for his mockery. In a story that is found in both traditions, Abraham smashed the idols in an idol- worshipping society and then satirised the people’s beliefs by sarcastically setting up the scene to make it appear that the biggest idol smashed the smaller ones.  Rather than criticize him for his rudeness or disrespect of the religious symbols of his neighbours, we see this violent expression of intolerance of “wrong religion” as virtuous. Elijah, the prophet, sarcastically taunted the worshippers of Baal at a public gathering. "Call with a loud voice, for he is a god. [Perhaps] he is chatting or he is chasing [enemies] or he is on a journey; perhaps he is sleeping and will awaken (3)”. Perhaps, God Himself used some harsh humour. When God sent Moses to Pharaoh, he told him that there will be resistance, followed by miracles.  “I will place my signs (or miracles) in his midst and so that you will tell in the ears of your sons and your son’s son, how I toyed (4) with Egypt…(5)”. Humour and mockery can be a tool in the battle of ideas. Because we value truth, we must allow cartooning and satire as one means of teasing out the truth.

The case against mockery:
Despite the value of robust pursuit of truth, Moses seemed to call for tact toward the religious sensibilities of the Egyptians. When Pharaoh suggested that the Hebrews could worship in Egypt, Moses objected to this, stating that “it is not right to do it like this” (6). Moses had two reasons for his assertion that is was “not right”, both relating to the fact that, at that time, Jewish worship involved slaughtering sheep which were worshipped by the Egyptians. One reason was “on principle and out of respect… being that they worship the constellation of Aries and sheep are holy for them, it is not proper to denigrate their faith in their faces… the second, and a separate reason, was the danger of a violent response by the Egyptians”. The respect that Moses calls for, is not an absolute principle of interfaith respect. A short time after Moses asserts the inappropriateness of the Hebrews’ disrespect for the Egyptian God, the Hebrews are instructed to slaughter a lamb for each family (8). Tact, it would seem, is more important in some circumstances than others.

Response to Mockery:
There can be no justification for murder as a response to blasphemy on the part of non-adherents to any particular faith in a world with differences of belief. (Whether punishment for blasphemy is ok within single faith populations is a separate question.) My unqualified outrage against murder motivated by intolerance, does not prevent me from seeking to understand why someone who does not share my perspective on this, might see it differently. The Pope compared the cartoonists to someone insulting his mother and suggested that he would be tempted to punch someone like that in the nose. In the case of the possible Egyptian reaction to the provocation of seeing their gods slaughtered, Jewish scholars suggest that “by law and by right, the Egyptians would pelt us with stones (9)”. In my view, this sort of violence can be understood AND is absolutely wrong.

Conclusion: Navigating the rights and wrongs of mockery is difficult and contestable. Anger about opposing views about what to allow or not allow is to be expected, especially from those on the receiving- end of mockery. Wherever people stand on this issue, they are entitled to hold their strong views, but no one is entitled to use violence or threats of violence to impose their views on others. At the same time, no one should use this debate or the crimes of some people as justification for generalised hatred. We can agree to disagree, agreeably.

Notes:
1) Bereishit Rabba 38:13
2) Qur'an 21:51-70
3) Kings I, 18:27
4) Rashi, Chizkuni, also Ramban who refers to psalms (2:4) “the one who sits in the heaven, will laugh, the Lord will mock them”. Haemek Davar suggests that Pharaoh was given the opening to follow the path he had chosen for himself, the path of Mockery of the Hebrew slaves, but he was now the butt of the joke.  Another view is that the Hebrew word התעללתי that these commentators translate as ‘mocking’, actually means “deeds” – Rashbam or miracles – Unkelus, Targum Yonatan Ben Uziel
5) Exodus 10:1-2
6) Exodus 8:22
7) Malbim
8) Exodus 12:3
9) Targum Yonathan Ben Uziel, Biur Yonasan, Sechel Tov

Posted by Zalman Kastel at 4:42 PM No comments: