Like the Israelites in the desert, days before crossing to the Promised Land, dear graduates, tonight you are at the threshold of the next stage of your lives. Like the Israelites who were instructed to bring their first fruit to God and give thanks, you too are called to gratitude.

In that spirit, sitting here on this blessed land, I begin by gratefully acknowledging the Bidjigal and Gadigal people, who have cared for this land we meet on tonight.

Remember to be grateful for hard work of your parents and the dedication of your teachers. Be grateful for the ladies in the office, such as Sara who does the sometimes thankless task of fee collection that is vital for our school to work, for the college president who dedicates heart and soul to keep our school going and the cleaners who give us an environment conducive for learning.

I love this school. It is so different to mine. I went to a school in Brooklyn in the 1970s and 80’s. Everything was simpler there. We played dodge-ball on concrete, and practically all the teachers were Jewish men from Russia, mostly they were named Horowitch, I kid you not, 3 out of my first 4 teachers were named Horowitch. Even the handyman was a Jewish guy from Russia named Shagabayeh.

Your school is more complex and diverse: An outstanding Jewish studies program combined with excellence in general studies with students and teachers from more varied backgrounds than my school was. Your teachers are both caring and demanding. You have been well prepared for getting a good number on your ATAR as well as cultivating more intangible qualities.

You are going to be living your lives at a time of dizzying speed, tasks to do and the dominance of numbers. It has been claimed that we now produce as much content in one day as humans had previously created in over 5000 years, five exabytes of content, is the actual figure (1).

I urge you to ignore the gigabytes of half baked ideas and shallow comments- often instantaneous reactions to a post on Facebook or a What’sapp message. In fact, part of that statistic I mentioned is, itself an example of rushed thinking, and ultimately false information that is out there (2). Instead I urge you to slow down and embrace nuances, and paradoxes. Try to appreciate the baffling idea of the ‘sound’ of silence’ that Elijah the prophet encountered in the cave, the קול דממה דקה. As Michel Abesehrah said in dedicating his book to his father, “he taught me with silence all that I have tried to accomplish here with noise” (3). Just sit with that contradiction for a moment and process it. Communication and wisdom that goes beyond words, conveyed through silence.

Silence and reflection relates to the importance of going beyond just doing what is right, to embarking on a quest for being the best Jew you can be, the best human being you can be. 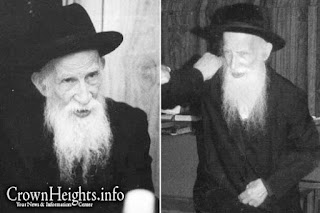 Picture this. Reb Elichyaim Roitblat, a very short, skinny old Chasid with an absolutely angelic face, shining eyes, and a long white beard who sat at a long table at a Farbrengen with 60 Yeshiva students during the month of Elul. From the depth of his soul, he cried out in a sing song voice that we must daven (yiddish for pray)! By which he meant that we must pray in a transformational way in which we are moved to excitement about the greatness of G-d and a longing to be closer to Him. As Reb Elichayim was saying this he looked up and noticed the clock. It was midnight and the doctor told him, that he must go to sleep at midnight for his health. Without changing the tune or stopping his sentence he said in yiddish “M’darf gain shluffen, one must go to sleep”. To him it was all about his duties as a Jew. To transform himself, and to obey the doctor were his duties. There was no difference. But then he caught himself and he laughed.
Dear graduates, The Torah demands that you become that guy. Yeah. You are supposed to become a variation of Reb Elichyaim Roitblat! The Torah states:  קדושים תהיו “you should BE holy”. Strive to be a selfless person, a thoughtful, generous, gentle person who truly cares for another. The guy who gets as animated about learning as a sports fan when watching a game.
And as you strive to be the best you can be, the best Jew, here is another paradox. Our Torah reading talks about being God’s treasured people. However, you need to combine awareness of the awesome gift of being a Jew while also relating to people who are not Jewish with absolute respect and care.  Remember the relationships you noticed between your teachers, Rabbi Chaiton for example and your teachers who are not Jewish, remember how he modeled complete respect and friendliness.

One of our great scholars (4), wrote that God said: although all of the human species is dear to me…as our sages stated, beloved is the human for he was created in the image [of God], still you [the Jews] will be for me a treasure from all of them., and the difference between you is [quantitative, in degree] less or more, ...and the pious of the nations of the world are dear to Me without a doubt.
We need to embrace being special as Jews and living up to what this entails while absolutely respecting and valuing our neighbors who are not Jewish. We need to strive for greatness while being humble before everyman (5). We need to get things done, and some these tasks are measured in numbers, but there is so much you are called to than that which can be counted. This is a bit complicated, but you have been well prepared. Go forth into your promised land, with gratitude, and stay humble while becoming great men!

Posted by Zalman Kastel at 10:28 AM No comments:

Does success validate a philosophy,faith, or way of life?


Does failure discredit it?


If the answer to both questions is yes, what kind of success qualifies as proof?


If the measure of success is prosperity and power, then my answer to the first set of questions is no!
The opening verse of the Torah reading this week invites us to look at the choice before us between the blessing and the curse (1). The blessing will be granted to us only if we are good. I have a vague memory from the time when I still lived in the US, of reading an article in the Christian Science Monitor that essentially argued that Australia, the UK and the US were prosperous because they were virtuous and pleasing to God. This approach is also reflected in discussions of the warning against worshipping the idols of the defeated Canaanites. This warning is puzzling to one of the great commentators (Alshich), who thinks it ridiculous that any Israelite could be drawn to the gods of a defeated people. The resolution of this perplexing scenario is that the people might be drawn to the idea that the falsity of the gods was not the reason for the defeat of the Canaanites, but rather the failure to worship them correctly(2). There are echoes here of the madness of (essentially) doing the same thing and expecting a different result. Absent from the discussion is any doubt about the validity of success as the measure of value or authenticity.The difficulty with this kind of approach was clear to Jewish thinkers trying to defend Judaism at a time when the Jews were persecuted and downtrodden. In the narrative of the Kuzari, the Jewish scholar tells the king. "You condemn us on account of poverty and misfortune. But surely the great men of these nations prided themselves on just these things. For do not the Christians glorify in him who said: He who smites thy right cheek let him smite the left one? He and his disciples achieved wonderful things after hundreds of years of suffering and scorn and this is their glory. The same applied to Mohamed and his disciples. It is of these individuals that they boast and on which they pride themselves and not on haughty kings of mighty empires and wonderful chariots" (3).In the reading this week we are also taught to ignore a "prophet" even if s/he succeeds in pulling off a miracle, if the message they are sending is wrong. Not every winner is worthy of our respect, in fact some winners rightly attract the contempt of their communities. Not every loser is evil or wrong. Let us not flatter flawed successful men lest we reinforce their hubris. Let us not denigrate decent and sincere people on "struggle street" - they deserve our respect.  Perhaps the "losers" are actually winners, if we change our scoring to celebrate the virtues of integrity, altruism and love.