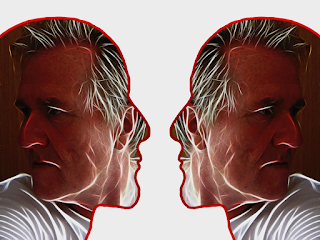 On the 14th floor of an office building this week, I confronted the fact that I will fail to achieve my purpose if my approach is more of the same. My work has been significantly personality driven. Muslim, Jewish and Christian people, often with charisma and great personal qualities have talked to 100,000 students and some others about how we can respect our differences and be friends. Despite the merit and value of this work to date, to changes things to a further extent requires a holistic approach and the collective impact of many factors.


I rode into the city on a crowded bus on Tuesday morning to attend a two day planning process about resilience and violent extremism. One could be cynical about the whole thing. During the second day it was clear that there wasn’t even a agreement about how to talk about the issue or issues; how on earth could we achieve anything?


For many people the words violent extremism equals Muslims, or even Muslim young men. Even some of the people who think that they should not speak this out loud, still think it is true, but are constrained by “political correctness”. Never mind violent white supremacists. Other people are furious about what they see as a soft approach to what they perceive as a massive threat. These people are become increasingly hostile to everything Muslim.


Those of us who work in “the field” know the vast number of young Muslims who have shown no sign of violent extremism. The real risk posed by violent extremism is not denied and is taken seriously because even a small amount of terrorism is too much. Still, we have concerns about the way that innocent people are being demonized, and we are concerned about feelings of alienation and other problems youth struggle with. There are valid questions about what is an ethical, truthful and practical way to articulate these issues.


However one defines the challenges we face relating to prejudice and violent extremism, there are plenty of quality people doing their bit. Yet, lacking a shared understanding or time  to even understand what others are doing, our efforts are often fragmented rather than coordinated or building on each other's work.


In the two days a group representing community, government, academic and business sectors followed a very effective process for thinking through the issues. We identified processes we will need for collaborating and communicating more effectively and being accountable for the degree to which we are contributing to a collective impact. We also considered the personal qualities of people being involved as well as the ways that roles and positions of leadership can be harnessed. I cannot divulge more because of confidentiality requirements but I am confident that something more holistic will emerge and contribute to better outcomes.


The journey this week resonated for me in light of the Torah reading this week. It is the only reading relating to the time that Moses was alive in which his name is not mentioned. It would appear to be setting up the people for a time after the passing of the charismatic leader (1).


Three different methods appear to be provided for setting up a group of people, called Cohanim or priests, to function in a holy temple to create an institution to foster Moses’ message. The first is providing them with distinctive clothing (2), offering sacrifices and associated induction processes (3) and God himself making them into Cohanim (4).


The text implies that the special clothing can transform ordinary men into priests or Cohanim (5).  However, many of the traditional explanations find ways around this interpretation. They suggest the clothing would just bring them into the role, rather than being transformative (6). Alternatively, they focus on how the clothing might symbolise the inner personal and spiritual transformation the ordinary men would be expected to work on as they took on the roles (7). Of course “clothings” and positions or formal roles is not enough. Personal qualities and integrity are vital in the people filling roles if they are to have some impact. Similarly, the induction procedures in the Torah for the Cohanim were extensive and highly symbolic (8). To me this reflects the importance of rituals and process in the quest for transformation.


There is no quick fix to any problem. Yet, I am confident that our efforts, following on from the two days this week, will yield even greater fruit as we start to see a new approach to facilitating and brokering collaboration. What will be different is a better mix of the three P’s, personal leadership by people with relevant positive qualities; some of these people will be strategically placed in positions of leadership and following wise, evidence based processes that will be tried, and invariably fail only to be replaced by others. In this, we will see a more cohesive nation with somewhat fewer angry people of any background.

Posted by Zalman Kastel at 5:48 PM No comments: