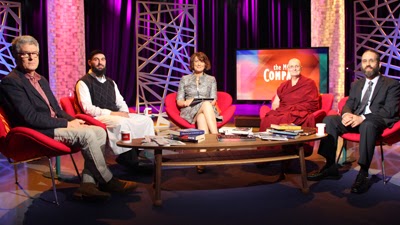 This week, I joined Sheik Wesam Charkawi, the Venerable Thubten Chokyigoing and David Marr on a panel discussing Blasphemy which goes to air on ABC TV’s, The Moral Compass, on Sunday night 22 March 6:30pm. The question behind the discussion is about the right price for interfaith harmony. Do we need to trade off freedom of expression to get along? Many people think that that price is too high. They argue that free speech is sacrosanct and Muslims and others just have to cope with insults. Many Muslims and others don’t agree that ridicule of religion should be allowed. I think a reasonable compromise would legally allow ridicule in the interest of free exploration of truth but would also develop ethical conventions of tact and cost benefit analysis that weigh up the expected benefit of mockery against the hurt caused.  The following are some of my thoughts on Blasphemy in this context.

A question at the core of a modern discussion of blasphemy was suggested by a member of the audience in advance of the program: “Is it blasphemy if the person is not a believer?” Over 800 years ago Maimonides stated that one who hears someone curse God must tear their clothing in mourning just like one would if a parent died. Yet this law only applies if the person blaspheming is Jewish, but if the blasphemer is an idol worshipper one is not required to perform this display of grief (1). This ruling is also confirmed in the code of Jewish law, the Shulchan Aruch (2), and extends this to also apply to a lapsed Jew (3). One commentator takes a practical view of this, “if we were to tear our clothes for (the blasphemy uttered by) idol worshipers, all the clothing will be full of tears (4)”.

I place great value on the freedom to believe differently and to express my beliefs. In the middle ages Jewish scholars would be invited to the royal court for staged debates with Christian leaders. Debating religion in the presence of a Christian monarch was dangerous because the Jew could easily be accused of blasphemy and put to death. The freedom for people to express their beliefs is imperative and must be permitted. While speaking against the God one believes in is forbidden in Judaism, this is not the case for the beliefs of others. A theme I explored in my blog post on Mockery (5).

The British writer and comedian, Stephen Fry, has recently shared the angry attack he would unleash on God if he ever met Him on account of all the suffering he created in the world. The Archbishop of Canterbury has rightly defended his right to express these views. The substance, rather than the style, of Fry’s comments about questioning God would be embraced by some religious Jews. A dramatic example of this was at the huge outdoor funeral of a Rabbi and his wife who were murdered by terrorists in Mumbai in 2008. Kfar Chabad’s Rabbi Ashkenazi cried out bitterly in the voice of their orphaned son Moshe, Lamah! Why? Why? The words echoed off the hills. After Rabbi Ashkenazi, another Rabbi asserted that we had no right to ask why. Yet, Moses himself argues with God, asking why did you do evil to this people (6)?

Alongside our considerations of the need to protect free speech, we must consider the impact on people arising out of unrestrained speech, and particularly which people are likely to be most significantly impacted (7) by our decisions to either self-censor or throw insults. I had a discussion with a group of Muslim young men in September 2012 after the media widely reported on a group of Muslim who rampaged through the city of Sydney demonstrating against a film mocking the prophet Mohammed. The reports included an image of a child holding up a sign that said behead those who insult the prophet. There was an intense backlash against Muslims. I thought the boys would feel bad about being misrepresented, or stereotyped. I was surprised by the deep personal hurt they felt from the film, ‘why do people mock our religion and prophet’ they asked. It was an intense sadness, rather than anger. We can’t avoid offending some people some of the time, but if we are considering hurting people, the benefits must outweigh the harm. Otherwise we would do well to tactfully refrain from the mockery.  I think this is an appropriate price to pay for preserving interfaith harmony. Essentially it is what most of us are doing already.

Embracing the Living Unpredictable - message to a bride and groom


Here is a brief thought that I shared with a bride and groom this Sunday when I performed their wedding. 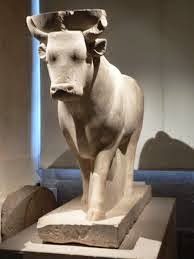 We read in the Torah of a decision about a proposition that was deemed too risky to go ahead with. The proposition was a serious long term relationship with a partner who was practically invisible, had done amazing acts of kindness, a real saviour who would do anything, even turning water to blood and overpowering a tyrant dictator of a Pharaoh, but was demanding and unpredictable and given to flaring up in wrath with a serious smiting habit. The pre-nuptial agreement was with the lawyer. She said it needed some work to adequately protect her client. The proposed relationship was between God and the Israelites. Israel decide to explore other options.

Instead they embraced an alternative option which a much lower risk profile. A Golden Calf, it didn’t get angry. It was a golden opportunity, always glowing, absolutely stable and unchanging and moulded exactly as one wanted it! No demands. No smiting.  It was a tragic mistake. It was lifeless! We need to embrace uncertainty, makes mistakes and correct them. Respond with curiosity to our differences. We are on an adventure!

Posted by Zalman Kastel at 5:12 PM No comments: