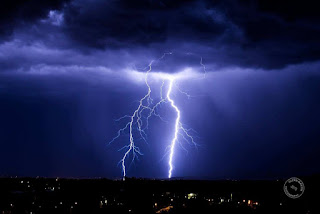 In 2012, the last time I wrote about this topic, I began with the following disclaimer: “This is a critical reflection on certain aspects of my tradition. It has been suggested to me that, in highlighting these elements, I am reinforcing a misconception of Judaism as overly harsh. A balanced study of Judaism and the Yom Kippur service will show concepts of God as both compassionate alongside themes of judgement”. This disclaimer is still relevant.

On Saturday 23rd September this year, I will have the solemn Jewish New Year Holy Day prayers echoing in my mind. Many of these will reflect the idea of God as a judge. God’s verdicts will determine ‘Who will live and who will die? Who at their pre-destined time and who before their time?’ (1). One week later, Jewish people observe the Day of Atonement, where the theme of God as judge comes up again, along with language referring to God as father and king. It leads me to consider what the traditional Jewish concept of God is (This is what my topic means, not that there is a God that belongs to Jews or a God who is Jewish somehow.)

In our highly poetic Torah reading this week, we are told that “all of God’s ways are ’judgement’” (2). The Talmud takes this verse as a warning against daring to say that God is clement (e.g. one whose nature it is to let people get away with sins) or indulgent (3). This teaching is puzzling because God is praised in the Torah as forbearing of sin (4). An implausible resolution of this contradiction is that God is forgiving of one or two sins, but not with repeat offenders (5).

A far more compelling teaching encourages us to have faith and confidence in God’s forgiveness. God is described as “generously forgiving the instant one pleads for forgiveness…” (6). This teaching refers to the daily prayer that praises God for being abundant in forgiveness (7).  “It is characteristic of people, that if one injures another and asks his pardon which is granted, and then repeats the misdeed, it becomes more difficult to grant pardon again, and certainly a third and fourth time. But, by the standard of God, there is no difference between once and a thousand times. Pardon is a manifestation of [God’s] ...mercy. Divine [mercy is] not bounded and finite; they are infinite.” (8). .."For His mercies have not ended" (9).

Recently, I have been learning a little about assertiveness and management  from a wise woman, Michelle Brenner, and the impressive business coach Wade Ebrahimi. (10) (Yes, this is a plug.) A key lesson for me is about the importance of being clear in my communication as a “boss”. I don’t like the idea of being a “boss”. I would rather just be a colleague and still get everything magically done as I think it should. I am learning that I can continue to be collegial with those who report to me. However, I must also give them clear direction. I must differentiate between suggestions, requests and, if need be, orders. Similarly, God relates to humans in multiple ways - in mercy mode as well as holding us accountable. The former should not be taken to override the latter, particularly in a moment of decision making about whether or not to do the right thing (11).

If I was seeking a neat resolution, I would end this discussion with the abundant forgiveness teaching above. One Jewish man I met the other day, thought of God as predominantly forgiving. That works for him. For me, I am caught between the different characterizations of God in both Torah and prayers.

I was struck by an anecdote that included an apparently tactless statement made to a grieving father mourning the death of his young son. The father was told that the death of young children is a Divine punishment of parents for the parents’ sins (12). The basis for this troubling idea is the verse “God saw and became angry, from the anger of his sons and daughters” (13). This is interpreted as parents provoking God, causing Him to punish the parents through their children (14). The modern reader can either howl in protest or respond with silence.

These teachings, somehow, sit side by side with parental concepts of God.  We read of God carrying the Jew like an eagle carries its young on its wings, (15) “nursing him with honey from bedrock” (16).

I end, as I began, without a clear Jewish concept of God. I don't speak for all Jews, but I think it is fair to say that it is not a simple question to answer for those of us who seek guidance from traditional texts. This time of the year, with the days of judgement, repentance and atonement, is a time for re-engagement between the Jew and his God. I suggest that the repeated references, in our liturgy, to God as both father and king, is a useful indication of a complex Jewish understanding of God.

1.     Reflection on who will live and who will die is prominent in the Unesaneh Tokef prayer, which is a key part of the Rosh Hashanah prayers.

Posted by Zalman Kastel at 6:49 PM No comments: 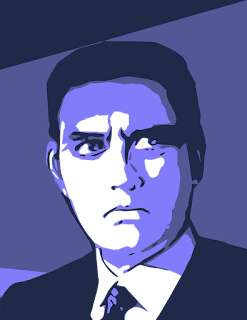