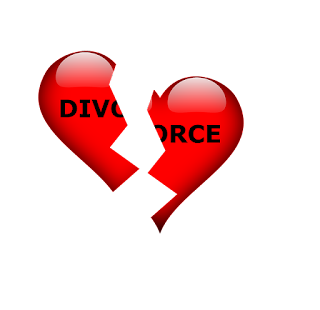 The Torah forbids a Cohen, or a “priest” (1) to marry a divorcee (2). The explanation of this prohibition is that the role of the Cohen in worship requires him to be holy.

This law disturbs me. I'm concerned that something negative is implied about divorced women. The assumption seems to be that, if a Cohen marries a divorcee, this would detract from his holiness. I will not “solve” this riddle in this blog. As a Jew, the discussion itself and questions, in general, have value irrespective of the answers.

I posted a question about this issue on Facebook. More than 120 comments were posted in response. One Jewish woman asked why “no responsibility for the breakdown of a marriage is placed on the man”? And if there was an equivalent law about divorced men? A Muslim woman agreed. She wrote that “in many cultures ...we have this issue of the blame being on the woman too and divorce being such a taboo topic...that people are forced to stay together to not bring shame on the family”.

There are several approaches to explaining this law, written several centuries ago.

1. Blame: "...a woman, being divorced, will already show that a matter of disgrace was found in her, [so] it is not fitting that a Cohen should marry someone who was not fitting to be a wife [for her first husband], because he [the Cohen] is holy to his God” (3). The assumption is that “the husband did not divorce her out of the wickedness of his heart…” (4). So, it must be that the divorce was in response to a significant moral failure on her part (5).

This 14th and 15th century approach does not take into account the reality, we all know today, that divorce is often not the result of a woman’s shortcomings. Although circumstances were different at that time in terms of male dominance, Judaism has long recognised other valid grounds for divorce. One example given is “if she burned his cooking” (6). This trivial example makes the point that the specifics of the complaints couples have about each other, are unimportant. According to the Torah, the main reason for divorce is because there is hatred between the couple (7). Another valid reason given for divorce is if a wife finds her husband repulsive (8). Abuse and various other failings on the part of the husband are also grounds for divorce (9). Based on both factual and textual evidence, the blame approach is problematic.

2. Blemish: Another approach sees the marriage partner’s virginity as important for the Cohen. Just as the Torah forbids a Cohen with physical imperfections to serve in the temple, it seeks “perfection” in his spouse (10). Needless to say, this approach does not sit well with the modern reader, including the writer of this blog. Surely, a woman’s worth is determined by her personal qualities far more than her virginity! And a man’s “completeness” surely relates more to his own spiritual achievements and shortcomings than the qualities of “his woman”.

There is also a textual problem with this approach. The Torah states that only the chief Cohen, the Cohen Gadol, is forbidden to marry a widow, but places no such requirement on an ordinary Cohen (11). Jewish law also allows a Cohen to marry a woman who engaged in sex, despite not being married (12).  Clearly, marrying a virgin is not a precondition to serving as a Cohen.

3. Bedroom thoughts: A third approach centres on thoughts during sexual intimacy. Jewish tradition strongly disapproves of a couple being physically intimate with each other while their thoughts are about other people or sexual partners (13). This concern is part of a broader insistence of a union of hearts and souls during intercourse (14). Jewish law recommends that sex is to be “with the desire of both partners and their joy” (15). Overall, the physical sexual experience is deemed worthy and positive if there is a corresponding strong and pure spiritual union.
Concern is expressed that a divorced woman is at risk of thinking about her past partner during intimacy with her current partner. This concern does not take into account the degree of probability that this will occur. (16). This thinking is linked to the law forbidding the marriage between a divorcee and a Cohen, who is meant to strive for perfection17).

This explanation might be more plausible if it applied equally to a divorced male Cohen and his possible thoughts about a former partner. I also feel uncomfortable with this explanation because it suggests that only divorced partners have this type of thought; yet our tradition acknowledges that anyone might have their thoughts wander during sex to think about someone they “saw on the road” (18).

4. Perception: For me, a more palatable approach is to locate the problem not within the divorced woman, but in the assumed perceptions of the community (19). With this approach, there is concern that people might respect the Cohen less because his wife has been divorced. A similar explanation is used for not allowing a Cohen with a physical “blemish” to serve in the temple (20). In fact, based on the problem being one of perception, a dispensation is given in the following circumstances: if the community is familiar with a particular Cohen who is blind in one eye, their familiarity with this Cohen would permit him to perform the priestly blessings because they are unlikely to be distracted by his condition (21). If we apply this “perception” approach here, we eliminate any disparaging implications about divorcees and explain this law as a practical concession to flawed superficial human perspectives.

Regardless of the approach one takes, the burden of all this holiness falls on women rather than men. This imbalance is partly corrected by the prophet Malachi’s scathing critique (22) of male Cohanim (plural of Cohen) who opportunistically abandoned their first wives in favour of the perhaps more exotic, idol-worshipping women they encountered.

“And now, O priests, this charge is for you...The Torah of truth was in his mouth, And he turned many away from sin… But you have turned away from that course...And I, in turn, have made you despicable and vile in the eyes of all the people… and this second thing you have done, You cover the altar of the Lord with tears, weeping, and moaning... But you ask, “Because of what?” Because the Lord is a witness between you and the wife of your youth with whom you have broken faith, though she is your partner and covenanted spouse...let no one break faith with the wife of his youth. ...For I detest divorce—said the LORD,...do not act treacherously.

Perhaps more interesting than all the text is the lived experienced of a modern day Cohen, let’s call him Abe, who is married to a wonderful woman, who had been divorced prior to their marriage.

Abe told me that he and his now-wife “were faced with a moral dilemma: he could continue to remain unmarried in the new relationship, which would not impact on his standing as a Cohen; or he could remarry, thereby honouring the relationship and those closest to them who believed in the sanctity of marriage. If he proceeded to marry her, Abe faced losing Cohen privileges. He had particularly enjoyed blessing the community as a Cohen.

After consultations with various Rabbis, they decided to remarry. Unable to do so through an Orthodox ceremony, they did so through Reform.

Nevertheless, Abe has continued to be an active member of the Orthodox Synagogue. Although he disobeyed the commandment not to marry a divorcee, he feels accepted and comfortable over there. Looking back, though, he clearly misses not being able to “bless the people of Israel with love” during the ”Blessing of the Priests” ceremony. At the same time, he feels grateful for his loving, married relationship and thriving, blended family.
Abe does not feel resentful. He accepts that the dignity of the office of the Cohen needs to be preserved, even though he personally has chosen to prioritise the dignity of his wife and family.

Abe’s choice is not condoned by the law. Sadly, he is paying a price for his choice, and I am sure this was not easy for his wife, either. In the end, I am left with the question: why does it need to be so?

Posted by Zalman Kastel at 9:03 PM No comments: