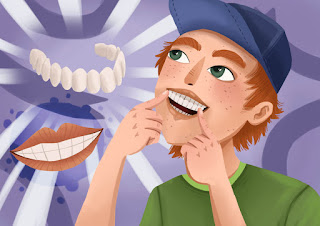 The Rabbi's sermon to two twelve year old girls, celebrating their coming of age bat mitzvah celebrations, highlighted the virtue of positivity, but I heard something else. I have often judged myself for not being positive enough. The Rabbi mentioned the fact that people who are deemed to be “complainers” are often avoided by their peers. This reality is not just a personal preference but is linked to a societal judgement that complaining is bad. This pushed my buttons; I agree that in some contexts negative thoughts are unwarranted or unhelpful, but I also think that the common overemphasis on positivity is harmful. I want to reflect here on the value of having a balanced approach instead.

I offer my solidarity to “negative people” with first world problems. We might feel frustrated with a work colleague, or with workplace demands that feel overwhelming. These feelings are ok. No! It is not always right to tell people they just need to be positive.

Yes, there are people who manage to be hopeful and upbeat, despite terrible suffering, physical or emotional. These efforts are rightly celebrated and admired. There are contexts where one can and should push oneself to present a pleasant expression on one’s face, in order to be able to contribute in a workplace or in our families. Some of our sadness comes from a feeling of entitlement, and sometimes it helps to count our blessings, and reject unrealistic expectations of what our circumstances “should be”. However, sometimes, some people can’t be positive.  Often, what is called for is a compassionate approach, in response to negative emotions, rather than adding to their suffering with judgement.

This balancing act is tricky. In Judaism we have such great emphasis on gratitude (1), and among Chasidic Jews also on joy (2), that it would seem that we are supposed to always be filled with joy and sweetness. This emphasis on sweetness is also highlighted in the traditional Rosh Hashana greeting, in which Jews wish each other a good and sweet new year.

All of this positivity is challenging for me, whenever I am feeling anxious or self doubt. Feeling a high degree of self confidence seems to be the highest obligation our age. However, I learned something remarkable the other day. It is written that the last words of the great master of Hasidism, the Baal Shem Tov, before he died, was to call for a suspicious attitude toward one self. He told his disciples, that it is only through feeling concerned that one might have sold out to the evil side, that one can feel confident that evil will have no dominion over him or her (3). Of course, excessive self- doubt is destructive, so we need a mix of self-doubt and confidence.

I am particularly concerned about messages to members of minority groups, as well as to women, about expectations to avoid expressing anger or disappointment. The pressure on the former, not to be the angry black man, or the angry Muslim, prevents open and honest listening to legitimate grievances. The demand made of women to be “sugar and spice and everything nice” all the time, is demeaning, unjust and similarly destructive.

Regardless of one’s political opinions, there are valid reasons to be angry and sad, about a lot of what happens between Palestinian and Jewish people, in the holy land of Israel. On one visit to Rachel’s tomb in Bethlehem some years ago, I was confronted by something that made me feel terrible, to the point that it was visible on my face. Someone asked me if I was ok. I said that I was not, but I would be worried if I was.

As I join my fellow Jews in two days of prayer, during the Jewish New Year and days of divine judgement, that begin on Monday, I will certainly be praying for all the people residing in the holy land, for all types of blessings and relief from the problems they face. I will pray for all who suffer, regardless of their ethnicity, for them to be relieved of many of their troubles, to find a sympathetic ear, and a compassionate, rather than a judgemental response, to their complaints, as well as finding it within themselves, and us within ourselves, to develop an attitude of gratitude, to count our blessings and adopt a more accepting attitude to some difficulties beyond our control. That would be pretty sweet. May we all be inscribed for a good and sweet new year!

1)       Deuteronomy 26:1-11 is one example of this.
2)       Deuteronomy 28:47 states that the Jews would be punished because they did not serve God in a time  of joy and plenty, but a mystical approach to this, taught by the Arizal, is to read this as the problem being a failure to serve God joyously.
3)       Deuteronomy 28:68 states that G-d will bring you back to Egypt in ships... and you will [seek to ] sell yourselves as slaves to your enemies, but no one will buy. The Baal Shem Tov’s interpretation of the verse is that you regard yourself as having sold yourself to the spiritual enemy, by acting out of impure motives, then you are assured that in fact no evil force will “buy you” eg. Have control over you.

Posted by Zalman Kastel at 3:33 PM No comments:

Some Equivalence between Muslim and Jewish ruled societies? Torah prohibition of Jewish presence in Egypt 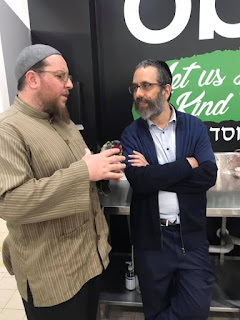 I was delighted to find a passage, in a Jewish religious text, that shows appreciation for Muslims and Islam. A respected commentator on the Torah suggests, that in one matter of Jewish law, a society ruled by a Muslim king would have equal status to one ruled by a Jewish king.

This teaching was a wonderful find for me, because I live between two worlds. One is the exclusivist Orthodox Jewish one; the other is one that embraces, and even celebrates, a wide range of beliefs and cultural ways. So when these two meet, it gives me great pleasure.

I had better preempt two kinds of fierce critiques, based on inferences that either Jewish and Islamic faiths are equally true or an endorsement of every aspect of Islam. This text should not be read as either relinquishing exclusive Truth claims for the Jewish faith or wholesale endorsement of Islam, neither of which it is addressing at all; it has a particular context.

However, the teaching does reflect a recognition of the fact that some of the virtues Jews strive for due to the influences of Judaism are also practiced by Muslims due to influences of Islam. Of course this is also the case with people with other sources of guidance, both religious and otherwise.

With the disclaimers out of the way, let me get into this teaching. There is a contradiction between the fact that Jewish communities and some of our greatest scholars, most notably Maimonides, lived in Egypt, yet the Torah forbids Jews to live there (1).

The context of the prohibition is a series of laws to prevent kings from becoming corrupt, with the hope that the king’s “heart should not be haughty over his brothers” (2). These laws limit the amount of wealth and horses a king can accumulate. It then adds the following statement: "so that he [the king] will not bring the people back to Egypt in order to acquire many horses.(3)".

I was intrigued to read one authority declare that this commandment only applied for a limited time so that the Jews would not learn immoral behavior from the Egyptians, but did not apply for future generations (4). The line of argument that the prohibition has expired is extended in the writings of an early nineteenth century scholar, Rabbi Meir Benyamin Menachem Danon, who was the chief rabbi of Sarajevo in Muslim, Bosnia (5).

Danon argues that the conquest of Egypt by Muslims is a game changer. “When the king of the Ishmaelites [a reference to Arabs as well as Muslims] conquered the land of Egypt and all its inhabitants he turned them toward their religion [of Islam] and manners/cultural norms. With the passage of time, the Egyptians ...became like the Ishamaelites ...” (6). I wonder how Coptic Chrisitans would feel about this teaching, but let’s take Danon in his Bosnian Context.

Danon’s basis for his argument is in the writing of Maimonides who states that: "it seems to me, that if the land of Egypt were to be conquered by a Jewish king under the guidance of a Beth Din, [a Torah court], the prohibition would no longer apply” (7). Danon essentially argued that it doesn't matter what kind of monotheistic society Egypt would be. He wrote that Maimonides’ reference to a Beth Din is merely descriptive of the typical scenario of a Jewish king going to war, rather than a condition for the law.

One might dismiss Danon’s argument based on the fact that Maimonides ruled that living in Egypt was still forbidden and only tentatively suggests it might be permitted under a Jewish king. If Danon’s view is in accordance with Maimonides’ own view why does Maimonides not state this explicitly? In fact, Maimonides use of the expression “it seems to me” is questioned by two scholars (8) who wonder why he does not simply present his view as law.

I suggest that this tentativeness might offer a hint to Maimonides’ real opinion on the matter. The fact that he was living in Egypt meant that he was personally implicated by this particular law, if he was in breach of it. In fact, it has been claimed that Maimonides would sign his letters, "Moshe ben Maimon, who transgresses three prohibitions each day" on account of his residence in Egypt (9). He could hardly feel comfortable justifying himself, in a novel way. We are taught that “one should not be defensive, in accordance with the proverb that one cannot recognise one’s own faults”, instead one should seek to judge oneself truthfully (10). This ethical principle might explain both Maimonides reticence in justifying living in Egypt under Muslim rule and the tentative language he uses to introduce the monotheistic conquest exception.

Danon’s teaching illustrates a manner of respect between believers that is not merely relativist. Rather, it acknowledges the reality that in some significant ways the religious influences of other faiths on their adherents can lead them to similar outcomes to those achieved through the influence of one’s own faith. There is no need to agree about the big questions of how to get to heaven or please the creator, but for the sake of truth let us recognise the truth about our neighbours, whose beliefs differ from our own, including the non-religious. Surely, this is in keeping with the idea that the Torah’s ways are ways of peace (11).