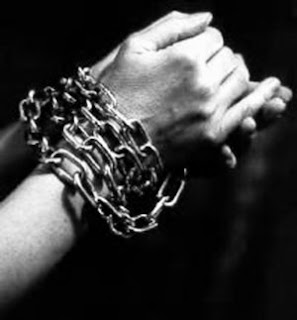 This past Saturday Jews read (what is arguably) our most important story[i], the Exodus from Egypt. One element of this account is the devastating process of dismantling the oppressive and powerful Egyptian system of enslavement.

The Exodus story calls us to treat the vulnerable, particularly “the stranger”, with love and to never oppress them. Subjugation has many forms, from gross mistreatment to being part of a system which at best unknowingly continues to perpetuate inequality. Assuming that the Critical Race theorists are right, there is a need to disrupt an oppressive order that I, as a middle class white male, am part of. Or as my colleague Donna Jacobs Sife taught me, we can all oppress others over whom we have some power. This gives me another reason to be interested in the ways that oppressive systems can be subverted and replaced and in more equal and just ways of interacting and being.  This post is about one scenario from our past in which the transition is very harsh.

While the simple story is that the Israelites were freed from bondage, there is a subtext about humiliating the Pharaoh and his people. Moses is told by God to “Come to Pharaoh, for I have hardened[ii] his heart and the heart of his servants[iii]”. An odd thing for God to do if all he wants to accomplish is for Pharaoh to free his people. However it seems that  God is acting as a puppeteer putting on a dramatic show by miraculously making Pharaoh recalcitrant so that; “I will place my signs (or miracles) in his midst and so that you will tell in the ears of your sons and your son’s son, how I toyed[iv] with Egypt…and you will know that I am God[v]”. According to this, the ten plagues were not unavoidable necessities on the path to freedom but ends in themselves, perhaps needed to change the power dynamic between the Israelites and the Egyptians.

Shortly after this element of what I might call psychological warfare is articulated, Moses asks Pharaoh on behalf of God; “how much longer will you refuse to humble[vi] yourself before Me[vii]?” On completing his discussion Moses deliberately turns his back on Pharaoh when leaving his presence, rather than walk out backwards as is the custom in Australian courts where one would not turn their back on the bench.

Pharaoh shows some signs of giving in, but is still bargaining with Moses about who will be allowed to go, first seemingly agreeing to Moses' demand to let all the Israelites go including children[viii] but then immediately insisting that only adult men can go. So God is not the only one “toying” with people, Pharaoh is doing it too. Commentary sees this as him “clowning with” or mocking the Israelites and that this leads to an escalation where the very order of the world is changed with darkness replacing light[ix]. The harshness of the reaction seems to me to be about the need for Pharaoh to now be the butt of the joke rather than the one making the jokes, for the power balance to be set right.

The shift in the relationship also plays out in the Paschal lamb offering the Israelites were commanded to bring. According to commentary the lamb was an object of worship for the Egyptians or a symbol of the zodiacal sign of the lamb which they worshipped[x]. The choice of sacrifice would be a dramatic act in the changing relationship between former slave and former master. “Laying ones hand on a sheep or a goat was sacrilege in Egyptian eyes. The Egyptians would suddenly be confronted by the spectacle of the their former down trodden slaves having the audacity to take hold of the gods they worshipped, the lamb and tie them to the legs of their bed…then with the Egyptians powerlessly looking on the blood of the slaughtered animals would be publicly displayed on the doorposts while their carcases would be served up, its form still familiar to onlookers: “his head with his legs[xi]” [xii]”.

In the one pleasant scene (regarding the relationship between slave holding Egyptian nation and the Hebrew slaves) in this story, we have the Egyptians referred to as the friends of the Israelites from whom they were to request[xiii] silver and gold utensils[xiv].  These were readily given as gifts[xv] by some Egyptians[xvi], or as encouragement to hurriedly leave Egypt[xvii] by others. The Egyptians did not hate the Israelites on account of the plagues, but instead they added love and found favour in their eyes, saying we are the wicked ones…[xviii]. Egyptians cried and regretted the wickedness with which they had treated them. Moses himself, the key player in bringing the plagues to the Egyptians was also greatly admired[xix].

I am not sure what to make of all of this. Perhaps it is a warning to all of us about acting like or being complicit with a Pharaoh in any form of oppression, that when oppressive power structures are put in place their dismantling by an external force will be painful. It is far better to voluntarily embrace change sooner than wait for it to be forced from the outside.  Yet, it has been said that “freedom is never voluntarily given by the oppressor; it must be demanded by the oppressed[xx]”. There are surely various ways freedom can be demanded and demonstrated by the oppressed, none will be comfortable for “the oppressors”, but I would imagine there are various degrees to that discomfort. Equally, there are choices for those previously privileged about how to respond to the need for change in the relationship. We are called to make gracious, genuinely remorseful and generous choices.
[i] I argue for it being the most important story because in the revelation at Mt. Sinai God introduces himself as the liberator from Egypt in the opening sentence of the Ten Commandments, every day the Exodus from Egypt is mentioned at least three times in the regular prayer routine is also part of the Kiddush prayer which sanctifies the Sabbath.
[ii] The word in the Torah that is translated as harden, is Hichbadti which is more accurately translated as made heavy (Targum Unkelus and Yonatan Ben Uziel), in a play on words it is also related to the word “Kaved” meaning liver, that God made Pharaoh’s heart like the liver “which hardens when it is exposed to fire...his heart became like a liver and he did not accept the words of God (Shemot Rabba 13:4, Torah Shlaima Parshat Bo, 3, p2)
[iii] Exodus 10:1
[iv] Rashi
[v] Exodus 10:1-2
[vi] Translation follows Unkelus and Rashi
[vii] Exodus 10:3
[viii] Exodus 10:10
[ix] Mishnat Rabbi Eliezer 6, p199, cited in Torah Shlaima, parshat Bo p.9
[x] Mimonedes cited in Leibowitz, N. (1996) New Studies in Shemot Exodus p.198
[xi] Exodus 12:9
[xii] Akedat Yitzchat, R. Yitzchak Arama, cited in Leibowitz, N. (1996) New Studies in Shemot Exodus p.200
[xiii] A more common translation is “borrow”, in that the Israelites would borrow from their Egyptian neighbours, the translation I am using follows Rashbam for the purpose of exploring this particular approach in interpretation.
[xiv] Exodus 11:3
[xv] Sechel Tov, cited in Torah Shlaima Bo p.27
[xvi] Kadmonius Hayehudim book 2 14:6 cited in Torah Shlaima ibid
[xvii] Hadar Zekainim, cited in Torah Shlaima ibid
[xviii] Ramban
[xix] Exodus 11:3
[xx] Martin Luther King Jr http://en.proverbia.net/citastema.asp?tematica=492

Posted by Zalman Kastel at 4:07 PM