As I am finalising my thoughts on this blog, my heart is full of inspiration from yesterday’s Inter-school Program, watching Christian, Jewish and Muslim students come together yesterday culminating in spontaneously making music together. In stark contrast to that, I consider enduring contradictions and divisions that challenge me and others. Experiences, narratives and texts can all alienate us from communities, both similar and different to ourselves.  In this post I explore one of these. 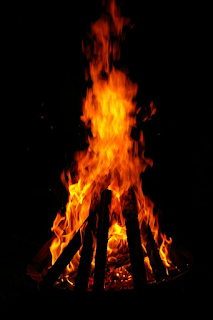 I have been thinking of one passage in the Torah that challenges me not to feel alienated from my own tradition. “The daughter of a Cohen/ priest who will profane herself through whoredom, her father she is desecrating, in fire, she should be burned” (1). After thinking about it for a week, it seemed clear to me that there was nothing I could say that would reconcile this verse with contemporary mores. Over Shabbat (Friday night and Sunday) I was delighted to find a possible, at least partial, way through.


At the start of this discussion I make the following points: A) We need to look at how a religious text is applied today in the lived experience of the adherents of that faith rather than what the words are in the text. This is as true for non-Muslims looking at verses from the Koran as it is for those trying to make sense of Judaism.  B) It is useful to consider how traditions have been interpreted over time.


A Sydney Rabbi who told me that his sermon on the passage of the Cohen’s daughter, interpreted it along mystical lines. He said that it is by God’s design that this law does not apply today (as capital cases are no longer prosecuted since the destruction of the second temple two thousand years ago). Instead, he suggested that burning in fire represents passionate devotion to God to correct the sins of passion (2). Another contemporary approach to this matter took the form of a personal reflection on the responsibility of dads in  positions of religious leadership to be attentive to their children. The writer regrets that some of his religious study years earlier was at the expense of his family. Failure to properly guide children shames the father (3).


Earlier traditions relating to this law make clear that we are dealing with adultery and a married woman (4). Furthermore, there are very strict laws applying to all cases of capital punishment. The perpetrator must have been warned by two witnesses immediately prior to the act which is then witnessed. This is a highly unlikely scenario. Traditions vary about how rare an event any capital punishment was when it was practiced at all, with one opinion that a Court that killed once every 70 years was a “murderous court”, and another view putting it as once every 7 years (5).


Despite the restrictions on actually putting a woman to death for this crime, the phrase itself raises concern for me. There are two aspects that bother me. One is the idea that a woman’s status is considered through the perspective of its impact on the honour of her male family members. The second is on the discrepancy between a misbehaving son and daughter (6).


Fortunately this approach is not the only one. I take comfort from the approach of both of the early authoritative translations into Aramaic, neither of which mentions the father’s shame (8). One (9) subtly re frames it as “from the holiness of her father she becomes desecrated”. The meaning of the translation is that she is desecrating herself, and profaning “the holiness that she has as a heritage from her father”. As the daughter of a Cohen/priest she inherited social- spiritual capital that has now been lost (10). It is not about her father but about her.


The discrepancy between a daughter and a son can be considered from a historical and contextual perspective that suggests that the verse is a response to the practice of the “sacred prostitute”. It is argued that the daughters of idol worshipers’ priests would act as prostitutes at their places of worship (11). Evidence is found in a  phrase in the book of Hosea: “they sacrifice with the prostitutes” (12). If we accept this argument then it is reasonable that the warning is directed to females based on the historical-actual problem the passage is seeking to address. While this explanation is attractive to me, I have not yet found any earlier linking between this ancient practice and this verse in authoritative commentary.


I am conflicted about how to approach these types of texts. I can join my colleagues who try to make it ok. As demonstrated above, there are some plausible approaches to do that, at least partially. I can also simply put them out there for further reflection and study. When my own daughter was born we  chose a biblical name, Shifra, that was not identified as being the wife, daughter or mother of any important man because we want our daughter to know she matters for who she is and who she will become, including but certainly not limited to her roles as a mother, wife or daughter. I take comfort in this view being consistent with some of my traditions about this difficult verse. The discrepancy between the treatment of males and females, however is acknowledged as a matter of concern.

Posted by Zalman Kastel at 9:36 PM No comments: