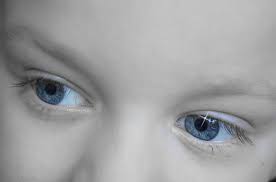 I'm sitting on a flight back home from New York with my young son. Last night both of us danced the night away at the wedding of my niece. I am still savouring the joy of being with family, and observing the delight of my young child. Yet, my tradition, turns our attention to sadness amid joy. A glass is broken during the Jewish marriage ceremony to remind us of loss 1).  Oddly, this sombre gesture is not honoured by a reflective silence, on the contrary, immediately after the crashing noise everyone erupts into joyous exclamations of Mazal Tov! Shifting our awareness away from and almost subverting the touch of sadness. This blog is a reflection on choices relating to seeing and “embracing all that is” 2).


My time in New York has been both happy and sad. I've spent time with my parents and siblings and my oldest three sons who are studying away from home. I feel unsatisfied with the short time we had. Our ten days together were cluttered with tasks and competing priorities. In the story of Noah’s ark, a family is in close proximity but they are so busy feeding the animals, including the nocturnal animals that the husbands and wives don't manage to organise to leave the ark together 3). Yet, it is in the mundane physical domain that love is often expressed, in a meal baked or bought, dishes cooked or cleared.


I was confronted by the importance of the physical dimension of love at a memorial service I attended in New York for Mendel Brickman, a friend and a father who died one year ago in his mid-forties. His spirit was felt strongly in the room in the words of his children and widow, and in a talk by a hospital roommate who was touched by his energetic kindness, and care. His spirit fought courageously against his loss of breath and health. He was always focused on the positive. In a sense, Mendel beat mortality by sheer force of will and his living on in the lives of his family. Still, they miss his physical presence, and so do I and so many others.


In acknowledging our physical humanity, we are confronted by the human imperfections we all have. In the first instance it's about averting our eyes from the embarrassing aspects of the other person. Two of Noah's sons covered their father's nakedness when he was drunk as they chose not to see his disgrace 4). A selective view of others is often appropriate.


However, sometimes we must choose to see and acknowledge disgrace and act. While in the US I learned of the revelations about the abuses of power by a movie mogul that were allowed to go on for too long. Powerful men feeling entitled to women's bodies is referenced in the Bible as a reason for Noah’s flood. “The sons of the Gods saw the daughters of men, that they were good [looking], so they took any women they chose” 5) even without consent 6). The Torah could not be more emphatic in its condemnation of this behaviour.


In summation. There is merit in an approach that generally emphasises the positive and overlooks some faults and sad parts of life. On the other hand, there are challenges relating to human frailties that need to be noticed and talked about in workplaces, communities or families. Ideally, talk would resolve matters in accordance with the teaching that ‘to be reconciled over a glass of wine is to have an aspect of the mind of God’ 7). In other cases people can show support in a range of ways from taking action to simply being there for each other with care.


Back in my seat on this plane I can see daybreak over the Pacific and I can see my content little son sitting beside me. I feel grateful.

“Goyim” A Sukkot Reflection: Attitudes to People Who Are Not Jewish (Vzot Habracha)

“Goyim”
A Sukkot Reflection:
Proper Jewish Attitudes to People Who Are Not Jewish 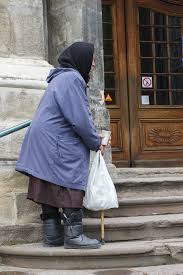 Tuesday, Chol Hamoed Succot. A white bearded Rabbi walking with his student, told me that I was saved. He saw me stop on Kingston Avenue, Brooklyn, to consider giving a bill to a woman begging. He was relieved to hear that I had not given her money because he told me that she is a Gypsy, she is not Jewish. I was feeling bad that the Australian currency in my wallet was of no use to her so I told her I was sorry. Now, I was being told it was good I didn’t give her anything. I didn’t argue with the Rabbi that our law requires us to sustain the poor of the nations along those of Jews (1). Sadly, I did not think the argument would go anywhere. I grew up here and I know that the old Rabbi was reflecting an insular culture that is considered normal here.

Sunday, Chol Hamoed Succot. I am sitting on an aeroplane during the Jewish Festival of Sukkot, with my seven year old son. For all I know, he and I might be the only Jewish people on this fight. It doesn't matter at all. Except for the fact that most of the passengers got a hot meal, while we got an apology for our absent Kosher meal. Nothing unusual about this, except that this is very different to how I would have experienced such a flight when I was a seven year old. I would have been acutely aware that I was surrounded by “Goyim”, a noun used in certain insular Jewish communities (such as my own) to refer to people who are not Jewish.

Jewish holy days are generally focused on Jewish stories and history. In the case of Passover, which commemorates the Jewish exodus from Egypt, the Torah explicitly forbids “any foreigner” from partaking of the Paschal lamb (2). An exception to this is the Sukkot festival that Jews are celebrating this week. The tradition for this festival not only permits involvement by non Jewish people, it adamantly insists on it (3). In addition,  concern for their welfare was a focus of the festival sacrifice schedule.

“The total number of oxen offered as sacrifices during the festival was 70. These seventy oxen correspond to the original seventy nations of the world [representing all of humanity]...Israel brought these sacrifices... in prayer for their well-being” (4).

In the Torah reading relevant to the week of Sukkot we read a poetic phrase: “Also, You cherish nations; all his holy ones are in Your hand” (5). One authoritative commentator, Rabbi Ovadia Seforno, (1475-1550) explains the verse to mean that “even though you [God], cherish all nations and with [this love] you have made known that the entire human species is a treasure for You. For our sages have stated “humans are beloved as they have been created in the image [of God]”, (6) however in addition to the love God has for all people, Moses asserts a special relationship between God and the Jews who follow the Torah (7).

On the other hand, it is significant that nine other prominent commentators choose to stretch the meaning of the “nations”, who are beloved, as referring to the twelve Jewish tribes (8), or to converts to Judaism from other nations (9), rather than simply referring to the non-Jewish nations. One explanation of the reluctance to acknowledge the love G-d feels toward all people in these interpretations, is based on the context of this verse, which is focused on the Jews receiving the Torah from God at Mount Sinai. In addition the first word of the verse, “also”, indicates that this verse is a continuation of the topic in the previous verse (10).

The contrast between the one commentator, known as Seforno, who reads our verse as affirming the love God has for all of humanity, and the views of the other nine commentators, raises two questions. A. How did Seforno come to dissent from the other scholars? And B. Why would we take any notice of the lone voice rather than follow the majority?

In reflection on this question, I think of the transformational impact positive contact has had on my own way of relating to people who are not Jewish, changing it from one of distance to to one of deep friendship and appreciation. I suggest that perhaps the Seforno also had a unique perspective on his non-Jewish neighbours, based on his regular positive experiences of dialogue with them. We know that he had meaningful discussions with learned non-Jewish people. This involved him teaching Judaism or Jewish knowledge to certain non Jewish scholars, as a means of earning his livelihood. There is a record of Johann Reuchlin paying Rabbi Seforno the sum of one Ducat per lesson. (11).

Seforno was not unique in interacting with people outside his faith, but it can be argued that the quality of the contact experienced by many of his colleagues were often either adversarial or transactional rather personal. Two examples are that of Ramban/Nachmanides, who was forced to participate in a staged debate, and later exiled. Another example is the case of Abarbanel, who developed a very dim view of the monarchy (12), while serving in the royal courts of 15th century Spain, in what can only be assumed to be treacherous and uninspiring circumstances.

This brings us to the question about who is right in interpreting the verse above, the one scholar or the nine? One could argue that the Seforno cited a proof text so that makes him right. However, the truth is that this is the wrong question when studying these kinds of texts. In contrast to texts dealing with the law- Halacha, where one opinion is generally deemed valid, this discussion comes under the category of Aggadah, inspirational stories and teachings in which everyone is right, all have meaning. In fact, the Torah is said to have seventy faces (13).

This dual nature of the Torah is hinted at in the words Esh-Dat (14) which can be translated as fiery law. This phrase is cryptically linked to a teaching that the Torah was black fire written on white fire before it was given to the Jews (15). These two colors of fire symbolize the two defining characteristics of the Torah: Kindness and Truth.The color white represents light and pleasantness which is an essential element of the Torah. Black represents clarity and truth (16). Together, black and white, kindness and truth constitute the Torah.
This post is not an argument against the importance of truth, nor do I seek to deny that there are distinctions between adherents of a faith and those who think and live differently to them. My son and I had cucumbers and potato chips for lunch on our flight, and I had instant rice noodles (not as bad as it sounds, by the way). This is an argument to live the kindness of the Torah in our thoughts, speech and action toward God's beloved children who happen not to be Jewish.

Posted by Zalman Kastel at 3:03 AM No comments: