Love of Others and God – Sugar in Milk, Sex Workers and Sinners 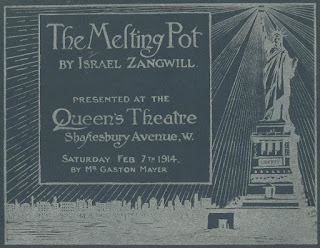 A precious life was taken this week in Sydney. Once more, the question of whether this murderer was a Muslim and a terrorist has been taken up.  Most reasonable people already know to avoid premature assumptions and tarring all Muslims with the same brush. This time, I want to focus on the victim, rather than the perpetrator.  One factor that was different this time, is that the murdered person, Michaela Dunn, was a sex worker. Impassioned pleas have been made that we ensure we relate to her as a full human being. This got me thinking about the degree to which we truly value all human beings regardless of differences. Do we really? Or perhaps there is some threshold of similarity that we look for, before we truly embrace someone.

Yesterday, I spent the morning at a religious leader’s forum, held in the boardroom of Sydney’s main Sikh temple. At my table were Hindu, Catholic, Muslim and Zorastrian religious leaders. There, I heard a story about the arrival of Zoroastrians to India. When the Zoroastian or Parsi priestly leaders sought to settle in Gujarat, the local ruler sent them a bowl "brimful" of milk; to signify that the surrounding lands were full, and could not possibly accommodate any more people. The Parsi head priest responded by slipping some sugar into the milk and sending it back. He implied that the strangers would dissolve into local life, like sugar dissolves in the milk, sweetening the society but essentially assimilating into it, adopting local customs and language (1).

As I listened to the story, I wondered to myself about assimilation - or the 'melting pot' - as a strategy for managing difference. This story can be understood as supporting an assimilationist argument. Of course, it could be interpreted as simply integrating into society - not disappearing entirely. However, for me, the image of the bowl of milk looking exactly the same afterwards, despite the arrival of the new element, was disturbing.

I unexpectedly woke up at five am this morning. I had a lot on my mind and I didn't feel like going back to sleep for just another hour. As I often do, once I was awake I thought of my great grandfather. Whenever he woke up in the middle of the night, rather than going back to sleep, he would study Torah. So I read a few passages from Toldot Yaakov Yosef, a book that is generally associated with a different community to my own. What I read seemed to contradict the teachings of my Chabad tradition, to value people regardless of the level of their observance. A tradition which had me spend time with recovering drug addicts and convicted criminals as a teenager. Yet, this text suggested that the way to come to love Jews less religious than oneself, is to first influence them to become like oneself. I found it very surprising to see such an interpretation in a Chasidic work.

Essentially, the argument put forward by this author - whose material I usually love, by the way -  is that the way to fulfil the commandment to love your God with all your heart, is by becoming more like God (2). “As He is merciful, and gracious, so should you be merciful and gracious… and one should seek to be as similar to God as one can”. (3) Once we become more similar to God, we will be drawn to love Him. In the same way, with the commandment to love one’s neighbour as oneself (4), the advice is to influence one’s fellow so that she  “becomes more similar to oneself” (5), which then enables one to love their neighbour.

I am very pleased that my tradition is very different to this. While we are also called to seek to influence our fellow Jews to obey God, our love for every person, including those who sin, is entirely independent of this aim and is even an end in itself! (6).